Virtual reality: the dream of a every 90s kid now finally accessible to the masses. A couple years ago, a colleague of mine — a major gamer with the RAM to prove it — introduced me to the world of VR on his Oculus Rift (the big brother of the Oculus Quest 2). So realistic was the experience that when my turn was over, I nearly placed his untethered controllers on a surface that existed only in the virtual world, which would have sent them hurtling to the hard actual reality that was the concrete floor on which I stood. It was when I took off the headset, however, that I truly realized how life-changing this technology could be: I was drenched in sweat and my heart was pounding. A mere 15 minutes in Beat Saber had given me an intense cardio workout and I’d been too caught up in the fun of it all to realize I’d even been exercising.

As a geek, I have what I can only imagine is a pretty common geek problem: my heart is in need of more physical training. We geeks sit around a lot and we aren’t known for being the healthiest eaters. I was convinced that I needed to get an Oculus for myself. There was only one problem: the price tag.

Recently, a minor health scare renewed the urgency of my concern, so I bit the virtual bullet and put the Oculus Quest 2 on credit. (You can help me buy more geeky stuff without interest to review by becoming a TGC Superfan.) My first app purchase was one I knew would help me stay healthy: Beat Saber. For the unfamiliar, it’s a rhythm game where you use lightsaber-esque swords (so geekily satisfying!) to slice and dice blocks that fly at you to the rhythm of music.

My kids watched me play because the Oculus Quest 2 can cast the a/v stream to devices and they couldn’t believe how well their old man did. (On easy, but don’t tell them.) Fun fact: I took drum lessons as a kid and never have shed the subconscious habit of keeping rhythm with any song with some part of my body or another. The app has proven to be a lot of fun, as have a few others I’ve tried and the immersive environment is both fun and largely convincing. Even when you are quite aware you’re standing in your living room and not on a stage, even when some apps’ graphics aren’t reaching their full potential, you just don’t notice so much. The sense-saturating experience is so rich and so immersive that you can’t help but feel enveloped in a reality apart from your own.

So how does the Oculus Quest 2 measure up?

The Oculus Quest 2 was just shy of $400 for me. That’s no small sum, but manageable on credit and well worth it to get my heart fit. Games are reasonably priced, somewhere between those figures usually seen on mobile apps and those usually seen on my kids’ Nintendo Switch apps.

The Oculus Quest 2 is very useable. Unlike its brother, the Oculus Rift, the Quest is an untethered, all-in-one device you don’t need a separate gaming computer to run — score another point for cost, too. It comes with a headset and hand-controllers with straps. The most difficult thing I’ve found is adjusting the headset’s straps for different users. That could use some work.

The Oculus Quest 2 lasts about 2-3 hours on a single charge, which isn’t much for serious gamers, but is certainly more than enough to break a sweat or explore another world in a game for an enjoyable time. If you’ve got as many kids as I do, you simply won’t use all that time at once.

A very pleasant surprise: we went through a few weeks of almost daily use before one of the hand controllers showed any battery depletion. The batteries are the standard, store-bought type, so that really impressed me. We’re on track not to have to replace the batteries for a few more months. That’s a big deal for me.

The Oculus Quest 2 comes with a warning that it should not be used by those under age 13. For legal reasons, I will advise you all to follow this guideline.

That having been said, I have allowed my kids of various ages to play with it under supervision for brief periods of time, up to 30 minutes. They enjoy it greatly, but as mentioned above, adjusting it for all their head sizes can be a bit of a pain.

Much of the content is child-friendly, but some is not. Additionally, the Oculus Quest 2 includes a full web browser, so be mindful that if you limit your children’s web exposure at the device-level rather than the router-level, they may be out on the open-range internet without your knowing. Personally, I find that potentially disastrous. Keep an eye on what your kids are doing on the device!

So it’s clearly fun, but that’s not exactly why I bought it in the first place, is it? Does the Oculus Quest 2 perform the duty I bought it for? Is it making me healthier?

A roughly 35-minute workout with Beat Saber — and there are many other workout options — gets me into my cardio range, burns many calories, and leaves me drenched in sweat. The best part? It’s so much fun that I hardly notice, certainly much less than I would notice sweat and a rapid heartbeat if I were jogging.

If you’re a geek like me, consider buying the Oculus Quest 2. 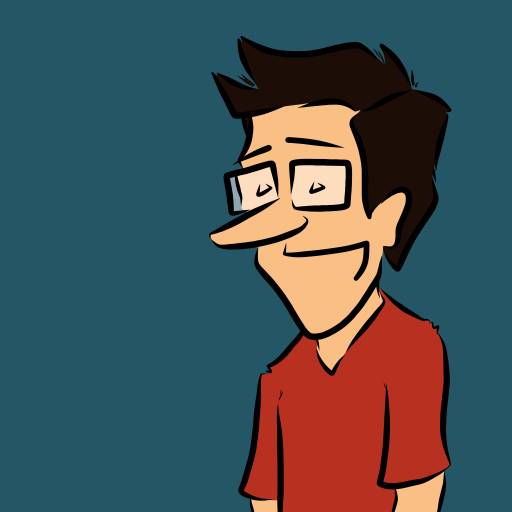